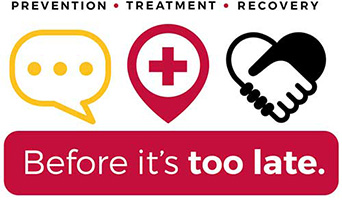 ANNAPOLIS, MD — In the months since Governor Larry Hogan declared of a State of Emergency to combat the heroin and opioid crisis and activated the Opioid Operational Command Center, Maryland state agencies have been working together to address the epidemic impacting communities across the state. Today, the Maryland Department of Health and Mental Hygiene released its annual report for 2016 overdose data, which showed that opioid-related deaths reached a horrific number last year.

“We are working together furiously to save the lives of thousands of Marylanders,” said Clay Stamp, executive director of the Opioid Operational Command Center. “Today’s sobering statistics mean that the mobilization of state agencies and fostering of better collaboration at both the state and local level is critical.”

Operating under a heightened sense of urgency, state agencies have implemented the following initiatives, policies, and programs since the governor’s State of Emergency declaration on March 1, 2017:

Department of Health and Mental Hygiene

“The Governor’s Office of Crime Control & Prevention is attacking this crisis by utilizing data-driven decision models,” said executive director Glenn Fueston. “We are dedicated to the Justice Reinvestment Act that Governor Hogan signed into law, and my hope is that these comprehensive reforms will ensure that drug users are able to access the help and resources they need, while those that are trafficking this poison to our citizens are held accountable.”

The Opioid Operational Command Center, which recently debuted its Before It’s Too Late web portal, a one-stop shop for individuals, families, educators, and health care professionals to get the educational resources they need to prevent this epidemic from spreading, has also worked to:

“With the leadership of the Opioid Operational Command Center, we’re bringing consistency and continuity to the efforts being made at the local level,” said St. Mary’s County Sheriff Tim Cameron, who serves as president of the Maryland Sheriff’s Association and as a member of the Governor’s Emergency Management Advisory Council. “It allows us to see a real picture of the challenges we’re all facing statewide and to anticipate those challenges as they evolve.”

In May, Governor Hogan signed into law a strong legislative package giving the state additional tools to respond to the heroin and opioid crisis:

The Opioid Operational Command Center facilitates collaboration between state and local public health, human services, education, and public safety entities to combat the heroin and opioid crisis and its deadly impact on Maryland communities. Before It’s Too Late is the state’s effort to bring awareness to this epidemic—and to mobilize resources for effective prevention, treatment, and recovery.

Marylanders grappling with a substance use disorder can find help at BeforeItsTooLateMD.org and 1-800-422-0009, the state crisis hotline.